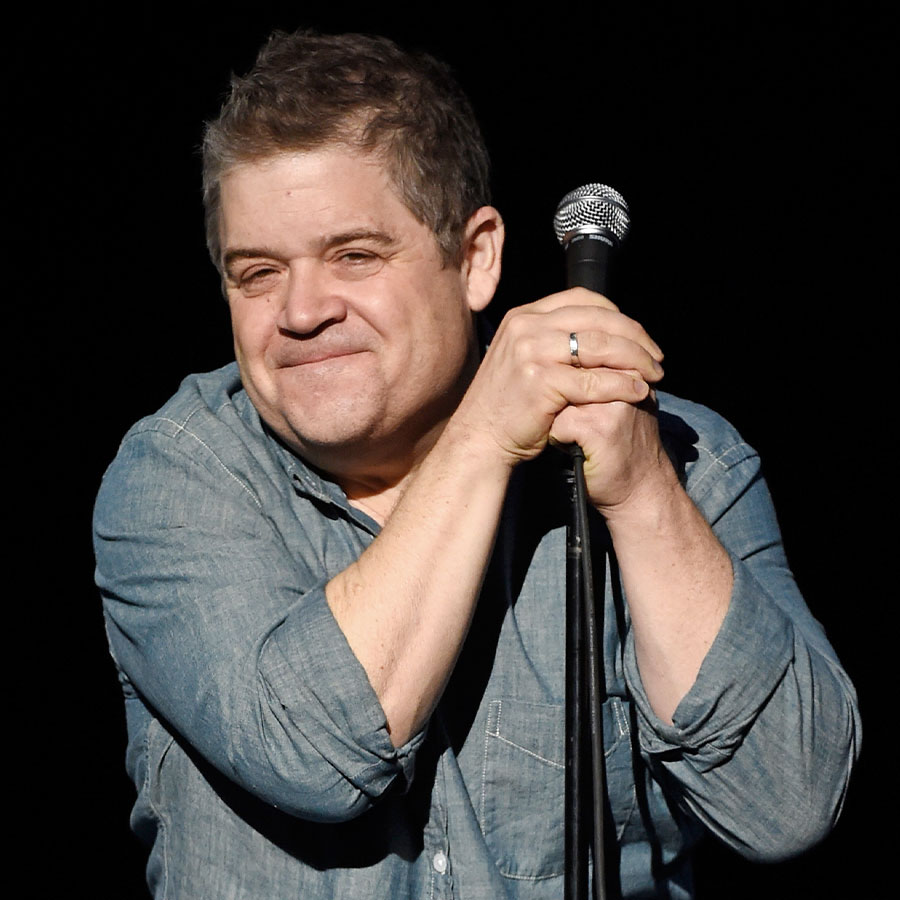 Comedian Patton Oswalt, seen here performing his stand-up routine at The Joint at the Hard Rock Hotel & Casino in Las Vegas in 2017, is hosting a Just For Laughs gala in Montreal this week. Photo: David Becker/Getty Images

It’s safe to say that when Patton Oswalt takes the stage at his very own Just For Laughs gala on July 29 in Montreal, he’ll have butterflies in his stomach. Not that the 53-year-old comedian, who’s been performing stand-up comedy since 1988, doubts his talents. It’s just that, as he notes during a recent Zoom interview, “If I stop being nervous going on stage, then it’s no fun anymore.”

Oswalt, of course, boasts fans across the entertainment spectrum. Most know him as a stand-up comedian, but there’s also his extensive work in television and film, be it his co-starring role as nerdy pal Spence on the sitcom The King of Queens (a personal favourite), the voice of the eponymous rodent hero of the Oscar-winning Pixar film Ratatouille, or his countless screen credits in everything from Veep and The Goldbergs to Zoolander and The Secret Life of Pets 2. He’s also written books, comics, voiced video games and much more. And, of course, he helped finish I’ll Be Gone in the Dark, a 2018 book by his late wife, Michelle McNamara, about the Golden State Killer.

But for Oswalt, all roads lead back to stand-up comedy. He won both an Emmy and a Grammy for his 2016 Netflix special Patton Oswalt: Talking for Clapping, and recently appeared at the 2022 Netflix Is A Joke festival, he mused about aging — “You pass the age of 50, and then suddenly everything is fatal” — when discussing how he broke his foot by simply slipping off a curb.

Oswalt spoke with Zoomer about his upcoming Just For Laughs gala, his love of stand-up comedy and finding humour in aging.

MIKE CRISOLAGO: How does it feel to be hosting your own gala, especially coming out of the pandemic?

PATTON OSWALT: I mean, being on stage anywhere is such a kind of sanity rush in terms of, ‘Oh, there are people here, there’s an audience, thank God.’ And it’s also, I will say, surreal being back [at JFL]. I was on New Faces [of Comedy] my first time in Montreal, decades ago, and now I’m hosting a gala. A gala was something I couldn’t even afford to get a ticket to see when I first [went] to Just for Laughs. So yeah, it’s a big deal. And the fact that I’m with a group of people like Hannah Gadsby and Marc Maron, it’s good to be in that kind of company.

MC: A lot of comedians have spoken of the importance of humour in these difficult times. How important is it to you to have outlets like this where we can all just go and laugh?

PO: I’m quoting a friend of mine, Todd Glass — if you can mock it, you can manage it. You know, if everything is so deadly serious to the point that [if you] don’t even mention its name, don’t even make a joke about it, it makes it feel impossible. And it shrinks you as a human being. The more you can laugh about anything, the more space you feel like you take up in the world and the steadier the ground feels underneath your feet. And you can just really exist.

MC: Along those lines of being able to laugh at anything, comedians more recently are being scrutinized for the jokes they make and the subject matter they tackle. Is there an awareness of that when you’re preparing a set?

PO: No, I mean, I was always very open to, ‘Oh, hey, if this term or if this trope has become hack or become offensive or become old, you have to constantly shed and change and evolve.’ I don’t believe in cancelling people out of context, but I also believe in evolution and change and growth. So somewhere in the middle is moving forward. And I just don’t think in those terms of like, ‘Oh my God, is this gonna offend someone?’ I’m willing to always listen to the other side. I’m a freaking comedian. I’m not here to make people miserable. [Laughs]

MC: At this year’s Netflix Is a Joke, your set included quips about how passing the age of 50 meant that suddenly everything is fatal, and how you broke your foot just stepping off the curb. How important is it for you to find the humour in aging?

PO: I’d better find the humour because it’s something I have to go through, whether I like it or not. So this isn’t in terms of, can I find humour in something that’s outside of myself? This is an ordeal I will have to go through. So I’d better find a way to make it funny whether or not I’m a comedian. You know, I think there’s a lot of people that aren’t comedians that are trying to find a way to kind of laugh and wink at what’s going on. I mean, age and decrepitude is scary and hilarious.

MC: You’ve joked about the futility of hiking with all the other 50 year olds, but do you have any habits or tips you use to stay active and healthy as you get older?

PO: I still try to walk a lot. I try to meditate twice a day. I try to drink a lot of water. I’m starting to treat sleep like the big ticket item that it is. I don’t have the same sleep schedule that I did in my 20s. I’m very embracing of, ‘Hey, let’s get your nine hours. Let’s make sure that that’s okay.’

MC: Sleep’s the big one that I feel like a lot of people don’t recognize or don’t realize at first.

PO: Right. Or they look at sleep as weakness. But it’s like, no, sleep is actually a desperately needed recharge. Sleep is crucial.

MC: You’ve done so much in your career, from comedy to drama, voice work and so many other different avenues. What goals do you still have that you would like to pursue going forward?

MC: And the stand-up will never stop.

PO: No, I’ll just keep going. I know that I’ll keep going. As long as it isn’t inconvenient for anybody else, I’ll keep doing it.

MC: What is it about stand-up that feeds that passion?

PO: It’s an event that’s never gonna happen again. And I love that idea of I and these people and this night and this time will never happen again. And it can’t be rewound or rewatched. I just love that. I love that feeling, that I’m sharing this connection, both with them with me, me with them, and it’ll just exist in time and in memory. There’s just something really valuable about that. I can’t describe it, anything beyond that, but that it just means a lot.

* This interview has been edited and condensed.

Comedian Rick Mercer On His New Memoir, Talking to Canadians, and the Moment That Changed His Life