Easy-Chair Travel: 5 Movies That Will Ignite Your Wanderlust 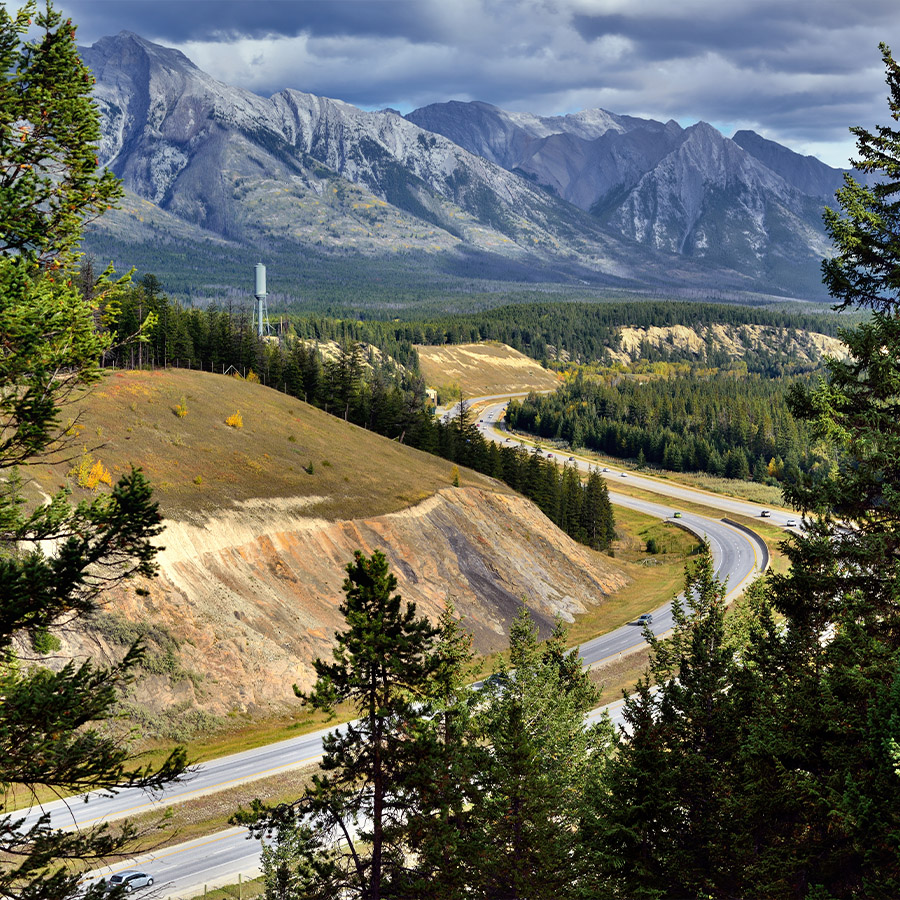 If you’re like me, ‘travel’ during the pandemic has taken many forms. Besides reminiscing about recent trips, watching movies with incredible backdrops has helped soothe the void that travel would otherwise fill. So settle in with these classic travel-themed movies to ignite your imagination and inspire your next trip!

Set in Canada, One Week stars Canadian actor Joshua Jackson, whose character, Ben, is diagnosed with terminal cancer. Instead of heading to treatment, he buys a motorcycle, heads west along the Trans-Canada Highway and sets off for adventure from Toronto to Vancouver Island.

Although the film follows Ben’s introspective journey, his experiences along the way begin to relate directly to both the spirit of Canada and the country’s breathtaking landscape. Throughout the film, he stops to admire many mesmerizing spots, including Alberta’s Dinosaur Provincial Park, Banff National Park, Tofino’s rugged surf coast, and of course, charming small-town Canada.

An emotional, transformational film, One Week promises to tug at the heartstrings and push you to not only discover, but also rediscover the beauty of Canada’s expansive, natural beauty and the people who make it authentically memorable!

Even though I’ve watched The Secret Life of Walter Mitty several times, I can’t help but watch it again and again, even — and especially — during a flight! Played by Ben Stiller, Walter Mitty is a negative assets manager at Life magazine who daydreams for adventure. After misplacing an important negative for the final issue, Walter travels to exotic destinations in search of the elusive picture.

A romantic comedy at heart, The Secret Life of Walter Mitty is also a film about shattering your comfort zones and exploring places — and experiencing adventures — you’ve only dreamt about. Filmed primarily in New York City, Greenland and Iceland, the stunning terrain features volcanoes and icebergs, rolling hills and jagged clifftops, leaving you with a yearning to break from the norm and recapture the feels only travel can provide.

Who wouldn’t want to watch two of the best actors in a generation crisscross the world, reinforcing the belief that it’s never too late to live the life you’ve put off? Starring Jack Nicholson (hospital tycoon Edward Cole) and Morgan Freeman (mechanic Carter Chambers), The Bucket List is a Rob Reiner directed comedy/drama featuring two terminally ill seniors who embark on an extravagant trip with a wish list of experiences before they ‘kick the bucket.’

During the course of the film, we’re taken to France’s infamous Chevre d’or, where the fare pairs perfectly with lovely Mediterranean vistas, India’s Taj Mahal, a motorcycle ride along China’s Great Wall, a lion safari in Tanzania and the Great Pyramid of Giza. Sure, tackling all those sites and flavours takes time and slightly more than pocket change, but there’s no harm in dreaming big. After all, no bucket list is too bold to conquer!

Created by Richard Linklater and starring Ethan Hawke and Julie Delpy, this award-winning series of films based on Linklater’s real-life love story — Before Sunrise, Before Sunset and Before Midnight — has captivated audiences not only because of their storylines but also their shoot locations. The three-part romance between Celine (Delpy) and Jesse (Hawke) captures a relationship spanning two decades.

Before Sunrise involves a chance meeting between the strangers on a train bound for Vienna. Pre-smartphones, it’s a refreshing reminder of the beauty of spontaneous travel, armed only with intuition and chance, meandering around this regal capital without the help of a screen.

Before Sunset, their off-again, on-again relationship continues in Paris, spending an afternoon strolling the arrondissement, cruising the Seine and gazing upon the sites we all dream of seeing again in the “City of Love.”

Before Midnight takes us to mythical Greece, where the golden sun reflects on ancient ruins, the turquoise sky meets the royal blue ocean, wine and food flow freely and where love starts and ends in a heartbeat.

Audrey Hepburn, Gregory Peck and Rome! A duo of beauty and style set in a city eternal, Roman Holiday is a black and white classic comedy/love story featuring a bored and restless Princess Ann (Hepburn), who escapes her royal obligations and, while doing so, meets American journalist Joe Bradley (Peck). Together, they eat ice cream on the Spanish Steps, visit the Mouth of Truth, tour the Colosseum and ride a Vespa scooter around town.

If wandering around the ancient Roman Forum, climbing the Castel Sant’Angelo, making a wish at the Trevi Fountain, and people watching in Piazza Navona with espresso in hand doesn’t make you crave a Roman holiday of your own, perhaps watching the movie again may be what you need to remind yourself that la vita e bella.

12 Places to Travel Inspired by the Movies

Staycation: 5 Films to Help You Pick Your Next Destination