Margaret Cho on Comedy, Female Empowerment and Why She’s Enjoying Her 50s 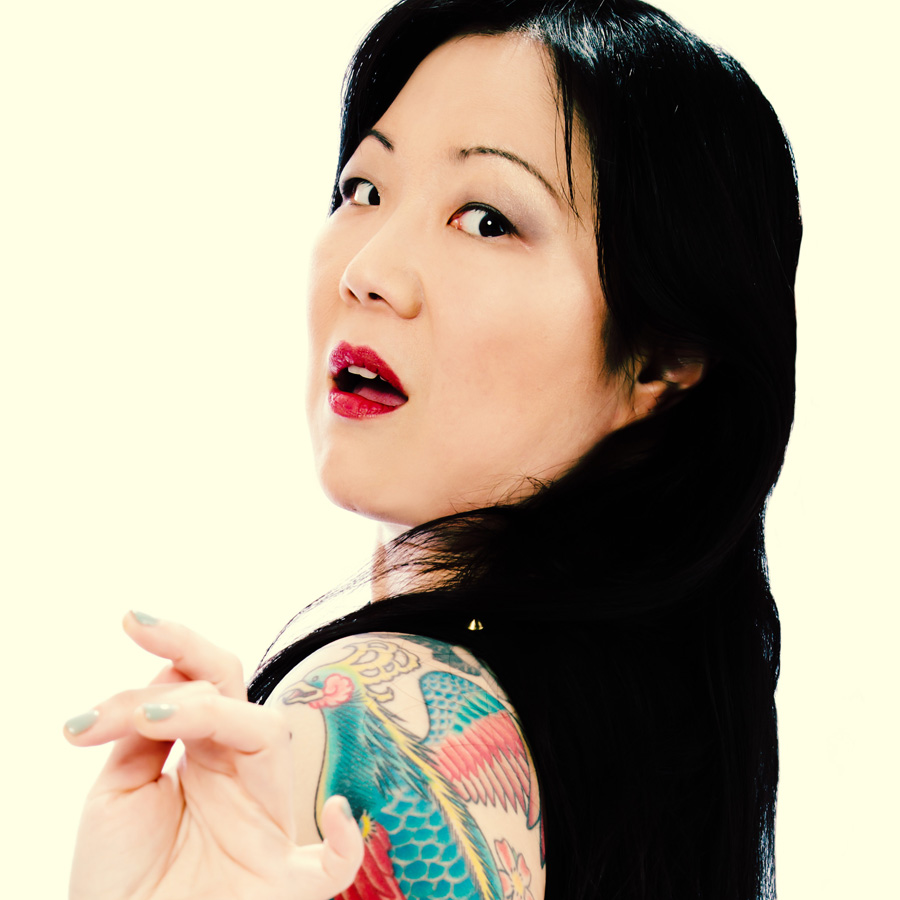 “Menopause is a gateway drug,” the 51-year-old told LA Weekly in December. “It puts you into another world where you don’t give a sh*t. You’re more confident and you really hone into what’s important. It opens up your mind.”

Cho isn’t afraid to take on perceptions of aging in her new, one-woman stage show Fresh Off the Bloat. In fact, she’s made a career out of shattering norms, starting with her ground-breaking 1994 ABC sitcom All-American Girl, the first series of its kind centred on an Asian-American (in this case, Korean-American) family. She has since acted on stage and screen, written autobiographical works and essays, released a music album, created a clothing line and a line of belly-dancing belts, hosted a podcast and advocated for LGBTQ rights. And, of course, she continues her stand-up career, which includes her Feb. 15 show at the Just for Laughs NorthWest Festival in Vancouver.

“We have a good time especially now that we’re all older,” Cho says of JFL, noting it’s one of the rare times comedians get to hang out with each other. “Most of these people that are headlining, we all grew up together. So it’s a meaningful thing.”

In the last few years, Cho has embraced her “ajumma status” — a Korean word that refers to a middle-aged or older woman who is loud, opinionated and doesn’t take crap from anyone. Sometimes used in a derogatory way, it is being reclaimed as a symbol of power in a culture that too often covets youth.

Zoomer caught up with Cho to talk about being an ajumma, aging and her memories of Canada.

ZOOMER: You’ve used your comedy to shine a spotlight on topics related to aging. How important it is for you to tear down myths about aging, particularly for women, and redefine how we think about it?

MARGARET CHO: I found my experience with aging has been really positive. And it’s really incredible because a lot of times, especially in Hollywood, women generally start to disappear in their 30s, and then you don’t really see them re-emerge until much later. But nowadays there’s a lot more of these different kinds of ideas. A lot of people are turning 50, whether it’s J. Lo or Jennifer Aniston. All of these kinds of 90s … beauties and sex symbols are also my age. And that’s a really great thing. It’s kind of like we’re all kind of doing it together and it’s not a big deal, and we just age differently than our parents do. We’ve got a lot more resources to look at aging in a different way. And we were part of a generation that didn’t get married right away and have a bunch of kids right away. So that’s kind of a weird aspect of lengthening your own kind of lifespan in that you’ve spread out these life events farther. So I think it’s great, and I’m really having a good time in my 50s.

ZOOMER: Tell us a little bit about being in an ajumma stage of your life.

MC: Oh, ajumma. Yeah, it’s definitely that. Because Korean society is so patriarchal, there’s so much emphasis put on youth and beauty, and you really see that a lot in K-pop and stuff like that. But the ajumma is the real power point person in society, I think, because everybody is afraid of the crown.

ZOOMER: What makes a woman in her 50s or 60s or beyond terrifying to some people?

MC: I think it’s with them in experience and a good deal of bitterness, probably of having endured all of the indignities of being a woman in the 90s, which is a lot. There’s a societal shift in the way that we’ve kind of viewed women’s bodies and women’s rights. And so having endured a lot of changes there, there’s a lot of anger behind being a woman in this day and age and then to be this age, too. It’s remarkable.

ZOOMER: You also recently published a beautiful letter to your 26-year-old self. What sort of advice would do you think you would give to your 86-year-old self?

MC: Just to keep having fun. I really am lucky to have a lot of young people in my life who are close friends. And that’s something I’ve always kind of had as an adult is that kind of variety of people around. So young people, I think, really keep you young, which is great.

ZOOMER: Speaking of young people, you’ve blazed a lot of trails for those who came after you in the way that Joan Rivers or Robin Williams or Jerry Seinfeld and others opened doors or inspired you. How does it feel to be seen in that context as a trailblazer?

MC: It’s really gratifying, and it’s the greatest achievement if you can inspire the next generation, and they have more ability to do what they want to do because of your work. So I look to somebody like Awkwafina as really remarkable and Ali Wong. They’re both women who really were inspired by what I did and took it to another level, which is the whole point.

ZOOMER: Fans can catch you at Just for Laughs in Vancouver. What fond memories do you have of travelling or performing in Canada?

MC: I got to record music in Vancouver with Tegan and Sara. I think we were in one of Bryan Adams’ recording spaces, which is really great. And I think the first time I ever had a gay couple propose marriage [on stage during a show] was actually at the Vogue Theatre in Vancouver. That was a really special thing. And thinking back, that was in the very early 2000s, which was really pretty remarkable, too. So there’s been some great things that Vancouver really represents to me.

ZOOMER: Finally, with touring and performing and keeping so busy, what advice would you offer for staying healthy and active?

MC: I think it’s just about remaining curious and remaining a seeker. There’s always something new happening and even some stuff that you missed. So my thing was looking to new music or newer comedians or new art forms that are emerging. There’s a sense of discovery that I think keeps you young because you’re always kind of amazed by what’s going on. So that, to me, is really good.

Margaret Cho performs Fresh Off the Bloat at the Vogue Theatre at the JFL NorthWest Festival on Feb. 15, 2020. Click here for  information and tickets.

Podcast: Comedian Mary Walsh On Redefining How We Think About Aging